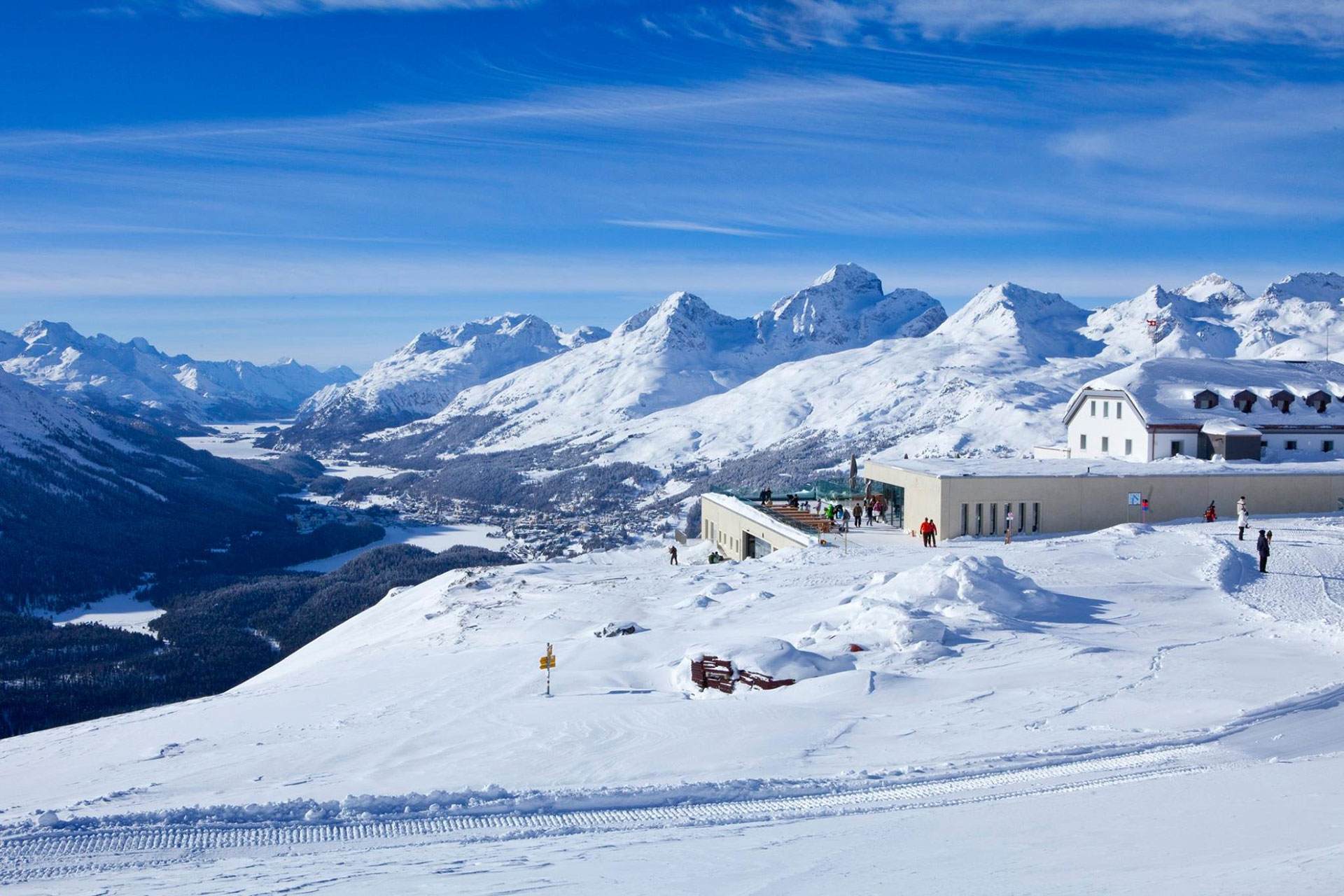 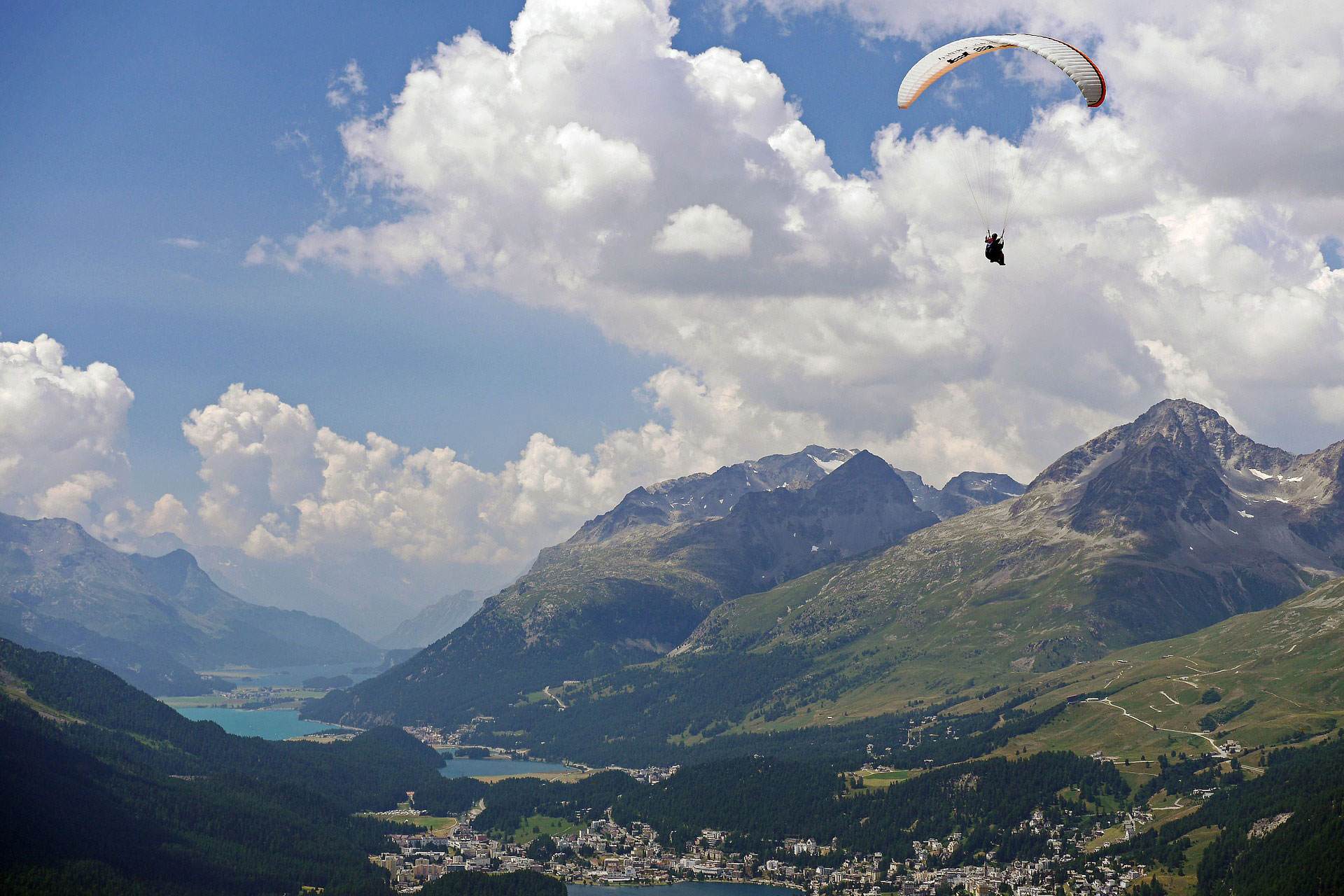 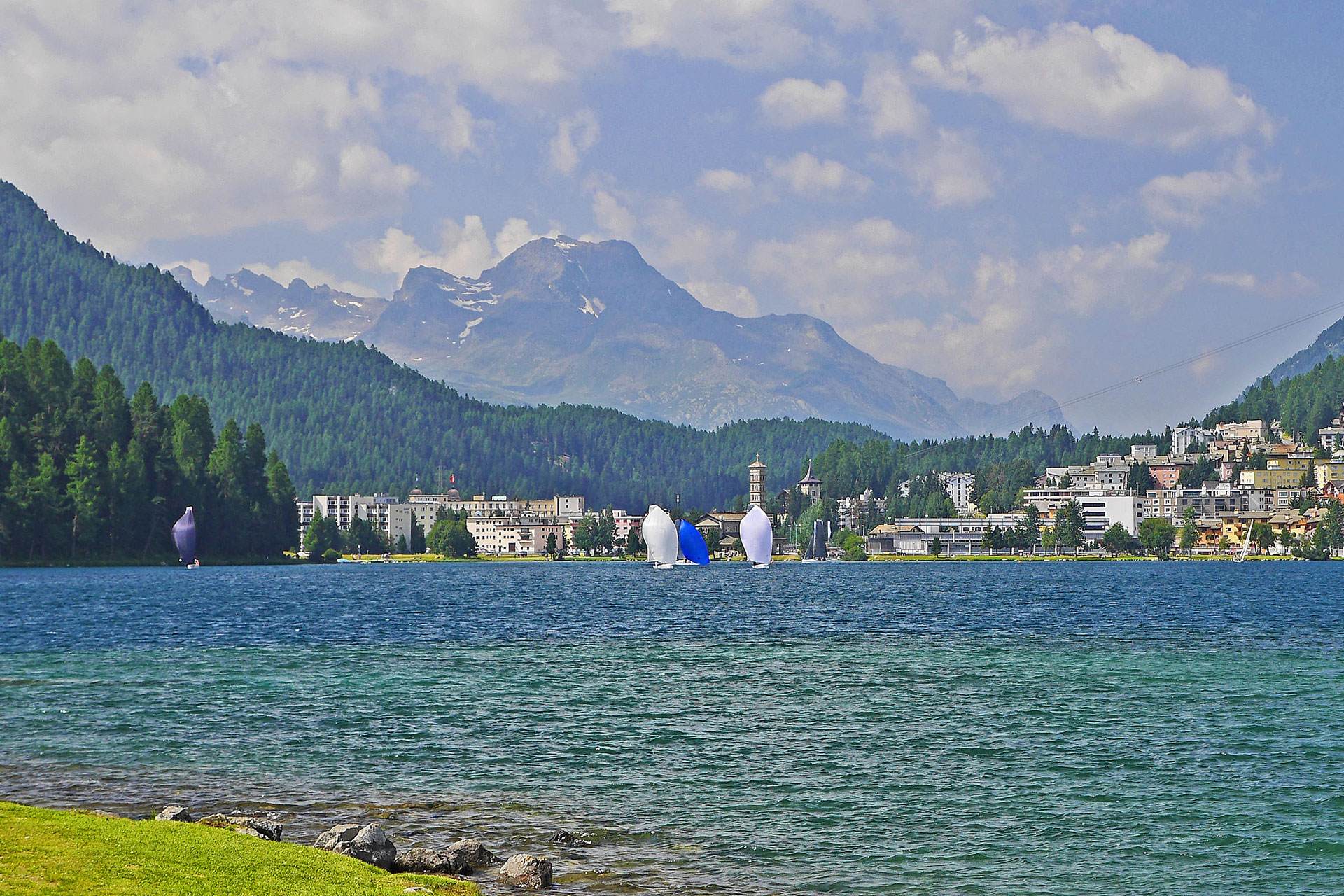 The Engadine offers many fascinating wonders: splendid scenery, lakes, glaciers, Swiss stone pine and larch woods and a variety of scenic trails. The good microclimate, the peace, harmony, but also culture, sports and entertainment and traditional hospitality, make Engadine a perfect place for a summer or winter vacation.

From Miragolf, by car or public transportation it is possible to reach 4,000 m peaks, endless snow-covered stretches, natural parks where all the alpine flora grows protected by law so that it is respected, and it is easier to encounter mountain animals because they are not as suspicious, almost as if trained by less aggressive humans.

The Reception at Miragolf will be pleased to provide you with itineraries, information and publications for hiking and visiting the Engadine which will let you get to know and discover the extraordinary alpine and tourist environment. We have included a brief overview here.

350 km of slopes for downhill skiing, reached by 58 modern lifts

Natural or artificial ice rinks for skating, hockey and curling

An infinite number of trails, both flat and of varying difficulty surrounded by an incomparable nature

150 km of official trails for bikes and mountain bikes

The Engadine is the capital of horseback riding in the Alps with its numerous stables, official competitions and polo tournaments.

On the lakes, with the Maloja wind, sailing enthusiasts and windsurfers and kitesurfers perform or challenge each other in races including the European and World championships.

The Samaden airport also offers sightseeing flights in helicopters and airplanes and sailflying for enthusiasts of this sport.

It is probably the most famous mountain town in the entire world, where it is possible to encounter famous people, shop in the most prestigious stores, admire the pointillist painting by Giovanni Segantini in the museum named after the artist, to add a bit of worldly pleasures after hours spent outdoors.

Every day in both summer and winter the Bernina Express of the Rhaetian Railroad line (the red train) connects Tirano to Chur crossing all of the Engadine, passing the spectacular spiraling Brusio viaduct, the Bernina Pass with its lakes and glaciers, flanked by the view of the peaks and glaciers of of Palu, Morteratsch and Roseg, until reaching the interesting capital of the Grisons.

Each town in the Engadine has historic remains which immortalize the work of humans. Interesting small museums, aristocrats' homes, towers, churches, castles and medieval fortresses. Just to cite a few: in Maloja the Atelier of Giovanni Segantini; in Sils Maria the Museum/Home of Nietzsche where he created "Thus Spake Zarathustra", at Julier Pass the remains of a Roman monument , marble statues and 24 tubs of Roman coins were found.

The "Spaniola" Tower and Romanesque church of Santa Maria with 13th century frescoes in Pontresina.

Examples of ancient constructions dating back to the bronze age towards Bernina Pass.

The church of San Gian in Celerina, the 1550 Chesa Planta with library and 1288 Veglia Tower in Samaden. In Chapella there are the ruins of a 15th century hospice.

Zernez was the 1509 birthplace of a great humanist, Marcus Titus Alpinus. Müstair has the St. Johann Monastery built in the 13th century by Charlemagne and still used today by Benedictine monks. The cycle of frescoes dating back to the ninth century and are the richest and best preserved in the world for frescoes from that time period.

Guarda, Ardez, Scuol, lovely villages which have preserved the wonderful decorations of the facades and lines and in the most characteristic graffiti murals of the Engadine style.

And then the 11th century Tarasp castle with its massive and severe structure, located on a rise which dominates the valley.

It is only 2 km from Miragolf Residence and with its 172 km 2 it is the second largest park in Europe.

The best time to visit it is from June until the end of September.

It is a priceless laboratory for research and preservation of alpine nature in all its aspects.

It is one of the driest areas of Switzerland. A low average rainfall (900 mm per year), not much cloudiness and strong sunshine. There is a high presence of alpine flora and fauna due to the strict rules visitors are required to follow.

The Engadine has a modern hospital in Samaden, private clinics, doctors' offices and drug stores in many towns, and two excellent spas in St. Moritz.

Book here at the best rate!

Find out more on the services that the residence provides for your vacation in the Engadine!

Residence Miragolf is located in the heart of the Engadine

Where we are
"So beautiful
This area of the Swiss Alps are absolutely stunning and this valley surroundings by majestic mountains and lovely green crystalline lakes is an absolute delight. Absolutely recommended."
TripAdvisor traveller, June 2018

NOT TO BE MISSED

Nozio
Booking the hotel directly with no extra middleman costs: this is the right choice for economically sustainable, good value, authentic and high-quality tourism. Nozio has selected this hotel because it offers you: · a high-quality Official Website where you can book at good rates due to no extra middleman costs; · great value for money confirmed by the real opinions of guests registered to the Nozio Community.